The Enchanted Bookshop is now available 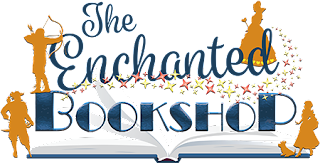 My tenth play has just been published by Pioneer Drama Service. The Enchanted Bookshop is my love letter to classic literature and the power of reading. Also spitwads. Spitwads can be powerful too.

To read an excerpt, watch video clips or order your own copy of the script, please visit the play's web page. Here's the synopsis:


During the day, A Likely Story may look like any other used bookstore.  But at night, it’s a place where magic happens.  That’s when the characters inside the books come alive.  Six of those characters — Dorothy Gale, Robin Hood, Pollyanna, Sherlock Holmes, Heidi, and Tom Sawyer — long to help Margie, the scatterbrained owner, save her struggling store.  But they’re not allowed to leave the building or be seen by human eyes.  So when a pair of smugglers comes looking for a stolen necklace hidden inside one of the books, the characters are torn.  Should they warn Margie and risk disappearing forever?  Or can they find a way to defeat the crooks without being seen?  Featuring additional appearances by such beloved literary characters as the Queen of Hearts, Long John Silver, and Doctor Dolittle, this charming comedy celebrates the joy of reading in a fresh, fun-filled way.

You might wonder how I chose those main characters. Well, it's a little complicated.

First off, I had to decide on the number of major characters, the ones that would drive the plot. After some thought, I realized six just seems right. Four wouldn't give enough opportunity for interaction. Eight would be unwieldy.

Next was the gender. Although I've been striving to include more female roles in my plays, for this one, I wanted an even number of male and females among the main parts. (Don't worry. I include more females for the secondary roles.)

So who to choose? A legal argument can be made that I have a right to use copyrighted characters (Jon Scieszka did so in his hilarious middle-grade novel Summer Reading Is Killing Me!), but not all lawyers may see it that way. Wanting to stay far away from any courtroom, I decided to limit my choices to those in the public domain.

I also wanted characters who would be easily recognized by audience members as soon as they appear on stage. And I was aiming for a variety of ages, nationalities and personalities.

The guys were easy. Sherlock Holmes would provide the brains, Robin Hood the brawn and Tom Sawyer the spunk.

The girls were a little tougher. I would have loved to include Pippi Longstocking, but she's still under copyright protection. So is Laura Ingalls.

Peter Pan's Wendy and Wonderland's Alice are in the public domain, but I've never found them to be particularly strong. In their books, they let things happen to them rather than the other way round.

Anne Shirley (of Green Gables fame) is a strong character, but audience members might have difficulty recognizing her. The same goes for Caddie Woodlawn, Sara Crewe (A Little Princess) and Mary Lennox (The Secret Garden).

Fortunately, Dorothy Gale--one of the all-time great children's book characters--recently came into the public domain. Clever and brave, she serves as the real hero among the book characters.

I cheated a little bit with Pollyanna. People would recognize her more from the old Disney movie than the book, but what a personality she's got! What could I do but make her the ever peppy cheerleader for the team?

For the last one, I decided on Heidi. As portrayed in the books, she doesn't have a particularly strong personality, but I decided to play up her melodramatic side (or am I thinking of Shirley Temple?). And I can't wait to hear that accent onstage. I've had French, Italians and Russians in my plays. Why not a German-speaking Swiss girl?

The Enchanted Bookshop has a cast of 23 (8M/9F and 6 roles that can be either) and runs about 60 minutes. To learn more, click here.
Posted by Todd Wallinger at 11:40 PM 1 comments

Send me your videos 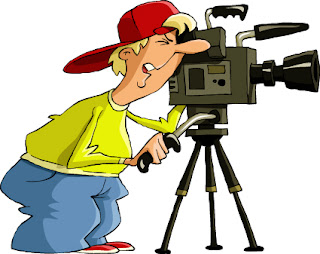 I recently heard from a young actress named Maxine who's playing Daisy in a local production of The Stinky Feet Gang and wanted to know why I haven't posted anything from that play on my Video page.

The answer is quite simple. I haven't found one yet. The videos I post on this website all come from YouTube, and if no one has posted a video there, then I can't post a link to it here.

But I'm thinking there are a lot more videos out there than what you can find on the Tube. After all, my publisher allows audience members to videotape their productions (most publishers don't) and every time I go to one of my shows, I see a few parents taping away. So if you have a video and you'd like to share it with me, I would love to post it here. Just email me the file or a link by clicking here.

The same goes for photos. I can usually find quite a few scouring Facebook, but I know a lot of you have your own. If you'd like to see them posted here, please send them my way!
Posted by Todd Wallinger at 4:08 PM 0 comments