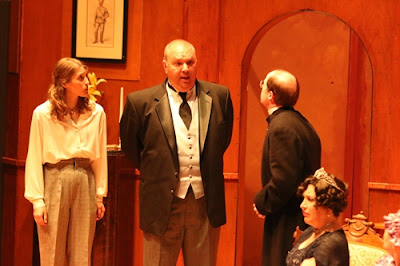 Well, that Missouri director who based his production of The Butler Did It! on Carol Burnett's old show must be doing something right because it just got a five-star review in KC Applauds.

Critic Bob Evans had some nice things to say about the script, but what makes me even happier is hearing how the cast really threw themselves into their roles.

"But all of the cast were strong in their performances. They knew their characters and delivered the punch lines were flair," Evans writes. "The play does not demand a lot of physical comedy so the line delivery, facial expressions, and tonal inflections are paramount to the comedy's effectiveness."

If you live near Kansas City, you have three more chances to see the show this weekend. If you don't, check out my Productions page to see what other shows may be playing in your area.
Posted by Todd Wallinger at 11:45 PM 0 comments

Email ThisBlogThis!Share to TwitterShare to FacebookShare to Pinterest
Labels: Reviews, The Butler Did It!

Show me the funny 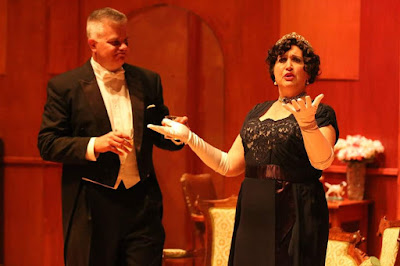 Summit Theatre Group of Lee's Summit in the Show Me State of Missouri is closing out their 2018-2019 season with The Butler Did It!, and that got them this nice writeup on their local news site.

Director Mark Hamilton first read the script five years ago and was drawn to the fast-paced humor and the oh-so-proper English setting.

"Think Downton Abbey, if Downton Abbey was a comedy," he says. "1930's English manor house, quirky characters, a dark and stormy night, murder in the kitchen with a paring knife, what's not to like?"

I can tell Mark and I have similar tastes in humor because he based his direction on the wacky parodies from the old Carol Burnett show--one of my great comedy influences growing up (you had to love that mid-1970's Saturday Night lineup on CBS).

If you're in the area, I strongly encourage to check it out. Performances are June 14-15 and 21-23 at the MCC Longview Cultural Arts Center in Lee's Summit.