I think it's important at the end of each year to review your accomplishments over the previous twelve months. Not only does it tell you how far you've come, but it shows areas where you you've fallen short so that you can redirect your course in the coming year.

In a nutshell, 2014 was my best year to date. Here are some of the things that made it so:
Will 2015 be even better? I hope so. And I've got some concrete goals to help that. See my post tomorrow.

Posted by Todd Wallinger at 11:10 AM 0 comments

Email ThisBlogThis!Share to TwitterShare to FacebookShare to Pinterest
Labels: The Writing Life

Yesterday, I led my new workshop at the Colorado State Thespian Conference. This year, I had two sessions on Friday instead of two sessions on Saturday. The turnout was much lower than last year. I had just 12 students at the first session and 6 at the second. But the students who were there made up for it in enthusiasm, and one obviously bright young man said my workshop was his favorite. Score!

The workshop was titled Five Ways to Punch Up Your Playwriting. And in case you're curious, the five ways I came up with were:

1) Give your play a hook

2) Give each character a dominant personality trait

3) Demonstrate personality through dialogue and action

5) Give your characters a hidden agenda

I wanted it to be a practical workshop, with examples drawn from real plays and several writing exercises. And, as usual, I was blown away by their creativity.

For step three, I started by having two students perform a scene from Alan Ayckbourn's Garden (one-half of his House and Garden duo of interwoven plays). In it, a middle-aged man named Gavin reveals to his teenage son Jake that his wife--the boy's mother--has been cheating on him. I then asked the students to continue the scene.

I expected that the students would take the scene down the standard path, that Gavin would blow up, railing against Joanne's betrayal and demanding that his son take his side. The twist is that this is not how Ayckbourn wrote the character at all.

In fact, Gavin does not get angry at all. Instead, he makes excuses for his wife. He blames himself for her infidelity. He even enlists Jake in his effort to get her the help she needs. My point was that our characters come alive the more they vary from the standard human response.

What stunned me was how each student made the scene so completely their own. Their Gavins weren't the typical vengeful husbands I expected them to write, but they weren't Ayckbourn's marshmallow of a guy either. Instead, each Gavin came to life in a unique and surprising way.

Did I teach them anything? I don't know. But maybe by talking about the scene, I helped them systematize their thought processes in a way that will make their future writing more effective.

In any case, this workshop is a keeper. It needs refinement, that's for sure. I need to find more scenes for the students to perform and I need to come up with more exercises for them to do.

But I think the concepts we covered really get at the heart of what makes for powerful writing.

By the way, I'm available to lead this workshop at your school or writing group. If you're interested in getting a quote, email me with your specifics (e.g. location, number of students, length of workshop) and I'll get right back to you.
Posted by Todd Wallinger at 4:48 PM 0 comments

A Christmas Without Cash 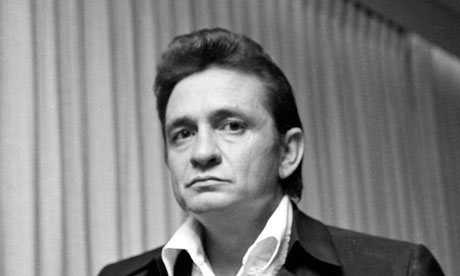 I've got something a little different for you today. In the spirit of Christmas, I thought I'd share my short story, "A Christmas Without Cash".

I wrote it for the 2006 holiday story contest sponsored by the Colorado Springs Gazette. That contest is long gone--one of many casualties in the ongoing decline of the newspaper industry--but in its time, the contest was a ton o' fun and inspired some really good writing.

Sadly, my story didn't win the big prize. It's too goofy for that. But it was named the Best Funny Christmas Story.

Oh, and if this story seems a bit odd, that's because all of the entries to the contest had to include five specific items as prompts. See if you can guess what the items were.


* * *
A CHRISTMAS WITHOUT CASH
By Todd Wallinger

It wasn’t until Millard took the well-aimed blow to the ribs that he knew it was Christmas.

All month the twinkling lights and festive songs had seemed distant to him, vague reminders of holidays past. But now that he was sprawled on the floor of the American Girl Place, having just missed out on the last of the doll outfits he’d wanted to buy, he knew that the Most Wonderful Time of the Year had arrived.

Millard meekly raised his hand. “Um, I was here first.”

And with that the man lumbered away, the small square box clutched in his hairy paw. Millard gazed up at the poster. It said: “Meet the Newest American Girl: Ugg, a Girl from Neanderthal Times.” Below the words was a picture of the doll herself, looking quite stylish with her bearskin dress and matching purse.

A single thought broke through the grogginess in Millard’s mind. Constance would be devastated.

Constance was his seven-year-old daughter, and the dress was the only thing she’d asked for. At last count she’d asked for it 4590 times, or seventeen times a day since ads for the outfit had first appeared in March.

Millard desperately wanted to give it to her. After all, Constance was a pretty good kid. That business she’d started recycling uneaten fruitcakes into a variety of building materials had sure helped out when Millard lost his job. In fact, it had enabled them to pay off their mortgage, both cars and buy a condo on Maui. Getting her the dress was the least he could do.

But how would he get one now?

Honey greeted him at the door with a glass of red wine. “Hi, Millard. How was your day?”

“I’m afraid I’ve got some bad news,” Millard said as he reached for the glass.

Honey held the glass out of his reach. “What bad news?"

Millard sighed. He’d never get the wine from her now.

“Yesssss,” Honey said. Millard was always amazed how long she could draw out a single word when she was angry.

“Now Honey, there’s no reason to get excited,” Millard said. “And please let go of my tie. I can’t breathe.”

Honey loosened her hold on Millard’s tie, but just barely. “That’s the only thing she’s been asking for!”

“I know. I know. But the place was a madhouse. There must have been 9000 people there. They even had to call out the National Guard.”

“So what are we going to get her?”

“I don’t know yet. But I’ll think of something.”

That night, after he and Honey had put Constance to bed, Millard sat alone in the spare bedroom. By the light of the full moon, he could see Johnny Cash smirking down at him. Or at least a very good likeness of him.

Millard had made the room into a shrine to the Man in Black. In it he displayed all the items he’d collected over the years of scrounging flea markets and country music memorabilia conventions: Johnny Cash records, Johnny Cash commemorative plates, even the rare and highly-sought-after series of Johnny Cash action figures.

But the pride and joy of his collection was the nine-foot statue of the man Millard had lovingly built out of rubber bands.

Millard knew what he had to do. He had to trade it--and to the most loathsome person on the face of the earth. His brother-in-law, Orville.

Millard was at his brother-in-law’s house before dawn. Orville never got up before noon, but Millard had a reason for getting there so early. It was all part of his Master Plan.

Millard wrestled the statue out of the car and up the walk to the door. Then he carefully covered it with a bed sheet.

Orville opened the door, looking bleary-eyed even for him. “Go away, Millard. Come back when I’m can think straight.”

Orville started to close the door.

“Wait!” Millard cried. “I’ve got something for you!”

Orville sneered. “What could you possibly have that I would ever want?”

“This,” Millard said, and he yanked the sheet off the statue.

At that moment, just as Millard had planned, the sun poked above the horizon, bathing the statue in a heavenly glow.

“It’s Johnny,” Orville breathed, and he lurched toward the statue as though it were a double-stuffed pizza.

Millard stopped him with a strategically-placed hand to the forehead. “That’s right. And it can be yours.”

“What do you want for it?” Orville asked, his hands grasping vainly for the statue.

“You know that doll outfit you bought for Lurlene?”

Orville’s gaze snapped onto Millard. “The bearskin dress, you mean?”

“Yes. Constance wants one for Christmas. Give me yours and you can have Johnny.”

“But Lurlene loves that outfit.” “I know, but Constance has been begging for one all year. And besides, Lurlene is forty-two years old now. She really ought to find some grownup interests.”

Orville stared at Johnny. For a moment, Millard thought he was going to chuck it all and walk back into the house. But then he scowled and said, “It’s a deal.”

Christmas Day had come. At the first hint of light, Constance dragged her parents downstairs for the opening of the presents. She’d always been an unusually strong girl.

“Which one will you open first?” Millard asked.

“This one,” Constance said. She tore into the small square package. A moment later, she stared inside with a look of pure astonishment. It was the bearskin dress.

“I thought you weren’t able to get one,” Honey said.

Millard smiled. “I traded Johnny for it.”

“It’s all right, Constance,” Millard said. “It was a sacrifice, but it was worth it.”

“Go ahead, Constance,” Honey said. “Let’s see how it looks on Ugg.”

But Constance didn’t touch the dress. Instead, with a somber look, she said, “Daddy, I think you’d better open this first.” And she shoved a large round package into his hands.

Curiously, Millard opened the package. Inside was a thick brass disk.

“This is just what I’ve always wanted!” he exclaimed. “What is it?”

And then he saw the engraving on the side. It read: “World’s Largest Rubber Band Johnny Cash, Designed and Built by Millard Farkle.”

“It’s a pedestal for Johnny,” Constance said, her voice thick with tears. “I sold Ugg to get it for you.”

Millard stared at Constance with a mixture of wonder and love. Then he opened his arms wide.

The little girl jumped into her father’s arms and they gave each other a big hug.

Millard smiled to himself. They may have each given up what was most valuable to them. But they had each received something more precious in return.

He had just one question. How much could he get for a slightly used pedestal?

Did you figure out the prompts? They were: an American Girl doll, a fruit cake, a glass of red wine, a full moon and Johnny Cash.
Posted by Todd Wallinger at 9:27 AM 0 comments