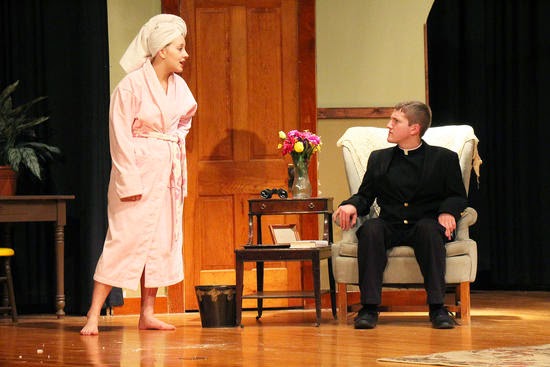 Nothing makes me happier than seeing photos from productions of my plays. And Gehlin Catholic School (Go Jays!) of Le Mars, IA took some great ones for their production of The Butler Did It! this weekend.

They also got a fabulous writeup in the Le Mars Daily Sentinel. Of course, my favorite part of the article has to be these very kind words from director Mark Morehead:

Morehead said he selected the play particularly because he appreciated the slapstick comedy in the script.

"I started reviewing scripts last fall," he said. "I came across this one and I read through it once and I laughed hysterically through the reading. ... It has really great one-liners."

Break legs, everyone! I hope the audience laughs as much.
Posted by Todd Wallinger at 12:40 PM 0 comments

What I learned at the conference

I just got home from the Pikes Peak Writers Conference and what a wonderful experience it was. Overwhelming, yes. Exhausting, definitely. But wonderful, through and through.

I met a lot of great people--both newbies to the writing field and grizzled veterans. And I was re-inspired but some incredible speakers, from the hard-driving TV reporter and novelist Hank Phillippi Ryan to the hilariously foul-mouthed screenwriter/novelist Chuck Wendig. Chuck's mantra: "Care less. Write more."

On Saturday afternoon, I led a workshop on improvisation titled, ""Whose Story Is It Anyway?" My premise was this: in both novels and plays, it's the characters who drive the story, not the author. But when novelists are stuck in their writing, they're often recommended to use tools that require more writing. Instead, I suggested they do what actors do: get up off your feet and do some improv. It 'll force you to use a different part of your brain and might even kickstart a whole new slew of ideas.

I led a mini-version of this class at a conference preview this February and it phenomenally well. The room was packed with writers, and the five victimess-er, volunteers--I was assigned threw themselves wholeheartedly into the exercises. It didn't hurt that most of them had had some theatre experience.

So I was little disappointed when Saturday arrived and only seven people showed up. What made matters worse, nearly all of them had planned on sitting out the activities and just watching.

Writers--what are you going to do?

But with a little arm-twisting, I was able to get all of them on their feet, and they had a ball. In fact, they had so much fun that when class time came to an end, they hogtied and forced me to come up with additional imrpov games they could play.

Okay, the hogtying was an exaggeration, but the games were not. The participants stuck around another half hour to play improv games until it was time for dinner. They especially enjoyed a game of Quick Change set in a meat freezer and a free-form activity set on a deserted island in which the writers potrayed characters from their own writing.

Last year, I led a class titled Intro to Playwriting and only seven people showed up (including the moderator). I blamed the low turnout on the irredeemably boring title of my class and decided to jazz things up this year by changing the title to Writing Plays for the (Surprisingly Lucrative) School Market.

Again, only seven people showed up (including the moderator). But it all worked out. The attendees were very enthusiastic and they peppered me with a wide range of questions. I may have even inspired a couple to try their hands at this little-known field.

I may not return next year. But my experience this year was extremely rewarding, and I hope to continue teaching classes elsewhere.
Posted by Todd Wallinger at 2:25 PM 0 comments 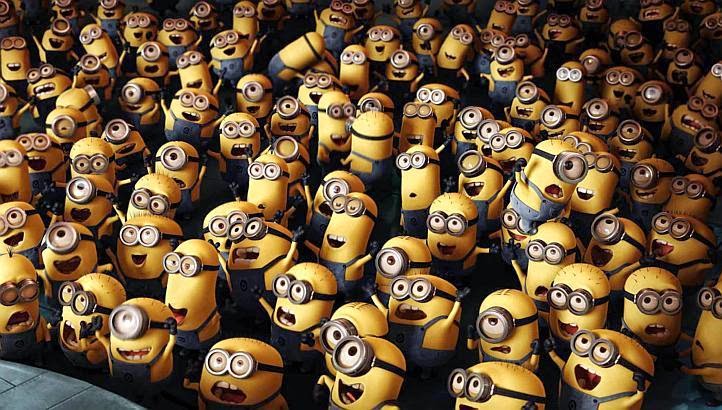 I don't know how he does it. Not only has Broadway producer Ken Davenport found commercial and critical success with shows such as Kinky Boots, not only does he hold some of the most popular producing seminars in the country, but he also writes a fabulously entertaining blog.

When Ken wants to know how Broadway audiences feel about something, he doesn't just wonder about it. He goes out and asks them.

That was the case today, when he posted the results of his survey in which he asked Broadway attendees whether take part in standing ovations and why.

The survey found that 99% of Broadway shows earn a standing O. I see about 50 shows a year, and I would estimate that 80% of those shows get the audience on their feet.

Is that too high? I think so. And Ken's survey bears me out. Turns out that 80% of Broadway audience members stand up even when they they're not that thrilled with the show.

Why? Well, the survey provides lots of explanations, but I think only one gets to the heart of the matter: People are rewarding the performances, not the show itself.

I get that. Actors work damn hard, and a great performance can make even a ho-hum script seem brilliant.

Still, standing ovations are supposed to mean something and if 80% of productions get them, how are we supposed to reward the 20% that are truly outstanding?

I don't know. But if each of us were a little less eager to jump to our feet, maybe we could start making standard ovations special again, instead of merely expected.
Posted by Todd Wallinger at 7:56 PM 0 comments