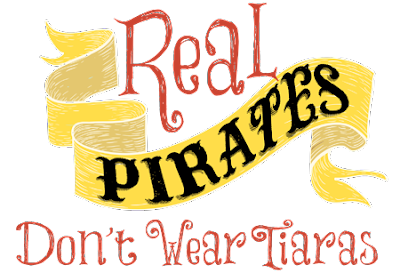 I remember seeing the 1985 Jeff Goldblum/Michelle Pfeiffer thriller Into The Night when it first came out in theaters. I don't remember a lot about the movie, but there was one scene that has stuck in my mind all those years.

It was the statis = death scene, the early scene that's meant to show how boring and meaningless the hero's life is. This always happens just before the inciting incident and helps provide a contrast with the conflict and tension that comes later.

In the scene, a team of electrical engineers are meeting in a conference room. A complex circuit diagram is being shown on an overhead, and one of the engineers drones on and on, explaining in excruciating detail how the microscopic defect he found had caused the chip to fail. Sitting in the back of the room, it's all Jeff Goldblum can do to stay awake.

Clearly, the screenwriters wanted to show the dullest, most mind-numbingly boring job imaginable. But as I sat there and looked up at that screen, only one thought came into my head: That's exactly what I do for a living.

I guess this is my way of saying that sometimes we all need a little more excitement in our lives. We all long for thrills and adventure.

That's the theme of Real Pirates Don't Wear Tiaras, which was just released by Pioneer Drama Service. It's my 15th play to be published by them and, I think, one of my funniest.

As the play begins, four princess sisters--Pearl, Ruby, Emerald and Opal--bid their beaus a fond farewell. The princes are setting sail to capture Blacktooth, the most vile pirate on the seven seas, leaving the princesses to their boring, humdrum lives in the castle.

How do the princesses respond? The only way they know how: by crying their eyes out.

That's when Amber, the fifth princess arrives. She's not like her sisters. She loves adventure, she loves excitement--and she doesn't need a man around to muck up her life.

Disgusted by her sisters' emotional display, she suggests that the best way to get their mind off their sorrows is to have some good old-fashioned fun. So she hauls out their old costume trunk and joins her sisters in acting out their own pirate adventure.

Well, who should be spying on them but Blacktooth himself? Believing them to be bloodthirsty pirates, he forces them to serve as his crew, since his previous crew mysteriously disappeared (he pushed them overboard).

Amber couldn't be more excited. Here at last is her chance to lead a life of adventure.

But she soon discovers that the pirate life isn't all it's cracked up to be. The food is frightful, the rats are repugnant, and Blacktooth has the most vile breath on the seven seas.

That's where the funny comes in, and lots of it. But the play runs deeper than that.

As princesses, the sisters never had to do anything for themselves. It's not until they're on the ship, posing as pirates, that they get their first real taste of independence. And when it becomes clear that nobody's going to rescue them, they finally find the courage to take charge of their lives and do what it takes to rescue themselves.

Back in 1985, I finally found a way to add some excitement in my life. I took up writing, and the stories I've created since then have provided me with all the adventure I need.

Do the five princesses of Real Pirates Don't Wear Tiaras learn to savor the adventure they find themselves in? Well, to learn the answer to that, you're going to have to read the script.
Posted by Todd Wallinger at 9:20 PM 0 comments