I give birth to a dinosaur 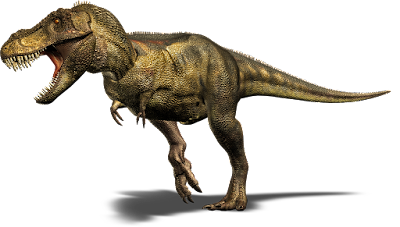 I didn't always want to be a playwright. When I first started writing seriously 18 years ago, it was with dreams of becoming the next Bruce Coville or Jon Scieszka--authors who wrote funny, exciting novels for the burgeoning middle-grade market.

I came up with a character--Edison Young--gave him a group of smart alecky friends and set him off on an adventure involving a science fair, a tyrannical teacher and a giant robot dinosaur.

The book didn't go anywhere. I submitted it to dozens of publishers, both big and small, and while it got a few nibbles, no one bit.  With defeat, I concluded it was unpublishable and put it away.

Until a few weeks ago, when I decided to dust it off and read it again. And I realized it wasn't half-bad. I'll admit it's no Harry Potter. But it is entertaining, exciting and a heck of a lot of fun.

Am I going to run the gauntlet of the big publishing houses again? No. And for one very good reason.

Over the last decade, the publishing industry has seen a seismic shift in way it does business. Authors no longer need publishers to see their books in print. There's this little thing called a Kindle, and with a few simple steps, any author can make their works available to the public.

That's why I'm excited to announce that Edison Young and the Ravenous Robosaur is now available on Amazon. Here's the blurb:

Nothing hurts your grades like blowing up the school gym. That's what 12-year-old inventor Edison Young learned at last year's science fair. Now it's science fair time again and Edison has come up with his greatest idea yet. What could possibly go wrong with a life-size Tyrannosaurus rex robot.

The book sells for $2.99 and features the same zany humor as my plays (you didn't think I'd get serious, did you?). Young readers might just learn a few things about science as well. To order yours, click here.

Right now, the book is only available for the Kindle and any device which has the Kindle app. But if it does well, I'll release a print version.

Enjoy!
Posted by Todd Wallinger at 10:02 AM 0 comments

Email ThisBlogThis!Share to TwitterShare to FacebookShare to Pinterest
Labels: Edison Young and the Ravenous Robosaur

Horizon Middle School in Bismarck, ND didn't get the world premiere of Rumpelstiltskin, Private Eye. That honor belongs to School Around Us in Kennebunk, ME, who beat them by one day. But Horizon was the first to publish photos. And what great photos they are!

I love the colorful costumes as well as the funny billboard they created for the Three Little Pigs. Nice job, everyone! 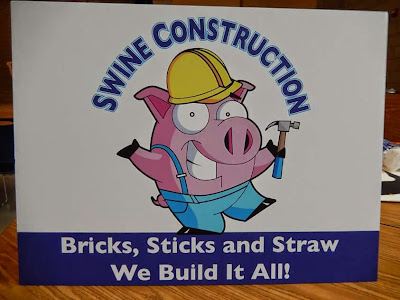 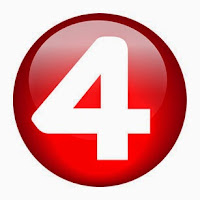 Just received my annual royalty statement from my publisher, Pioneer Drama Service, and I'm glad to say this was my best year yet, with a total of 73 productions.

Part of this was due to the fact that this was the first statement to include Rumpelstiltskin, Private Eye. Although this large-cast school play wasn't released until January, it flew out of the gate, booking 15 productions in its first four months.

But that's not the whole story. The Butler Did It! showed huge growth by itself, snagging 34 productions compared to the 24 it got in its first year of publication.

When I first got published four years ago, I expected that my plays would peak in their first year and drop off from there as schools and community theatres snapped up newer plays. But I've got to hand it to Pioneer. They do a phenomenal job promoting their plays year after year after year.

If you're a playwright looking for a publisher, I can't recommend them highly enough.
Posted by Todd Wallinger at 4:34 PM 0 comments