Over the last decade, as newspapers have slashed page counts, printed reviews of plays have become increasingly rare. Printed reviews of short plays are rarer still. So it was a pleasant surprise to be alerted to this little item in today's Erie News-Times:


"During that inaugural performance, 90 minutes' worth of material translated to 12 plays. The funniest was Todd Wallinger's 'You're Driving Me Crazy,' an excellent showcase for the talents of Shaun Taylor, who is riotously funny as a batty driving instructor opposite Dreihaup's skeptical student."

They're talking about Rollercoaster, a short play festival by Edinboro, PA's Laugh/Riot Performing Arts Company. Rollercoaster offers an interesting twist on these kind of festivals. Instead of programming the same 12 plays each night, they assign a number to 25 different plays and let the audience choose which ones get performed. Supposedly, this results in over a trillion combinations of plays, motivating theatregoers to return again and again.

Needless to say, I've been thrilled by the reception this little play has received. All four of my driver's ed plays have now been produced, but it's this first one which has garnered the most attention. 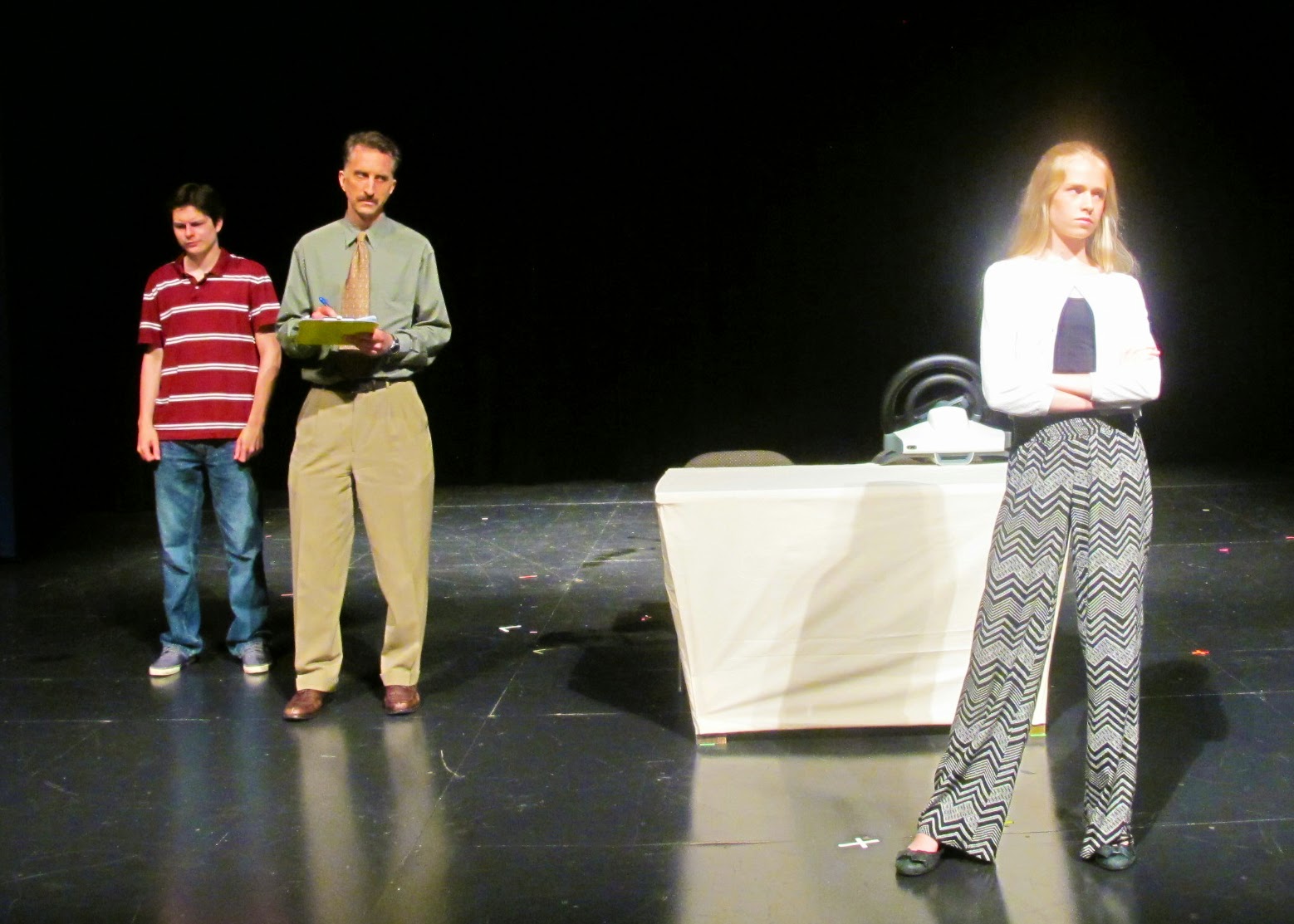 Apparently, You're Driving Me Crazy #3 went over so well at the Lakeshore Players 10-Minute Play Festival in June that the theatre company decided to take my play to the Minnesota State Fair. If you're going to be there this weekend, be sure to stop by the Front Porch Stage in front of the 4H Building to catch it. Performances are Sunday, August 31 at 11:00am, 11:45am, 12:30pm, 1:15pm and 2:15pm.

As a native Wisconsite, I wish I could go if only to try the fair's famous cheese curds. Yum-mo! 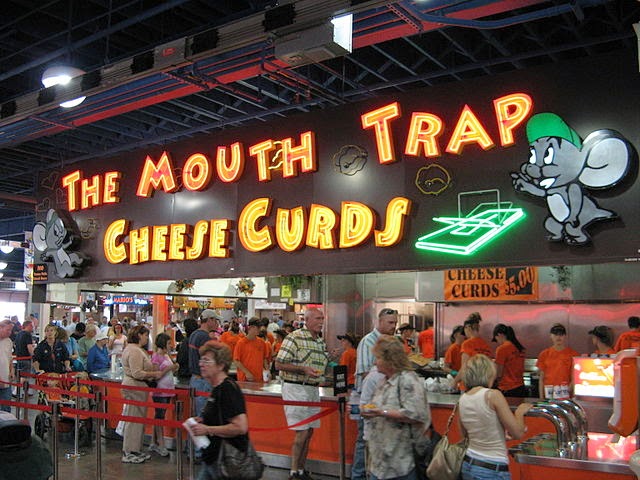 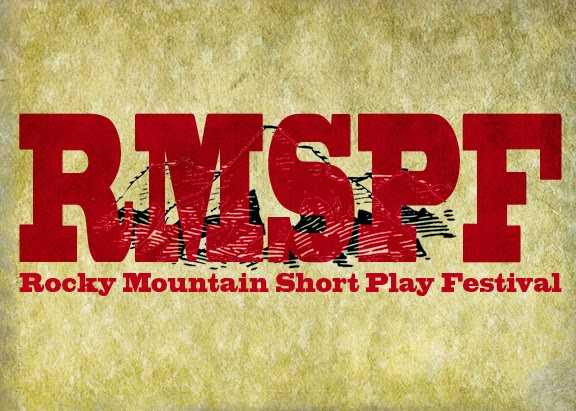 I was thrilled to find out this week that my play Table for Three will be produced at the Rocky Mountain Short Play Festival at Red Rocks Community College in Lakewood, Colorado.

One, Table for Three was the first 10-minute play I write three years ago when I decided to jump headirst into the playwriting world. I've submitted it to several contests and it got rejected every time. It wouldn't have broken my heart if it had never gotten produced. When I wrote it, I hadn't found my voice yet. And rereading it now I don't think it's all that funny. But I do like it so I'm glad ithas at least one chance at life.

Two, this will be my first production in the Denver metro area. For five years now, I've been driving up to the Mile High City on a monthly, sometimes weekly, basis to enjoy its dynamic theatre scene. It means a lot to me to know that one of my works will now be part of that scene.

And three, I'll be sharing the stage with Jess Weaver, one of the best of the young playwrights in my playwriting group. In fact, both her play, The Addition, and my play were read at the Drama Lab. I like to think they were both improved as a result of the feedback they got.

The festival runs November 6-16 at Red Rocks Community College Theatre, 13300 West 6th Avenue, Lakewood. If you're in the area, I'd love for you to come.

You know I'll be there. 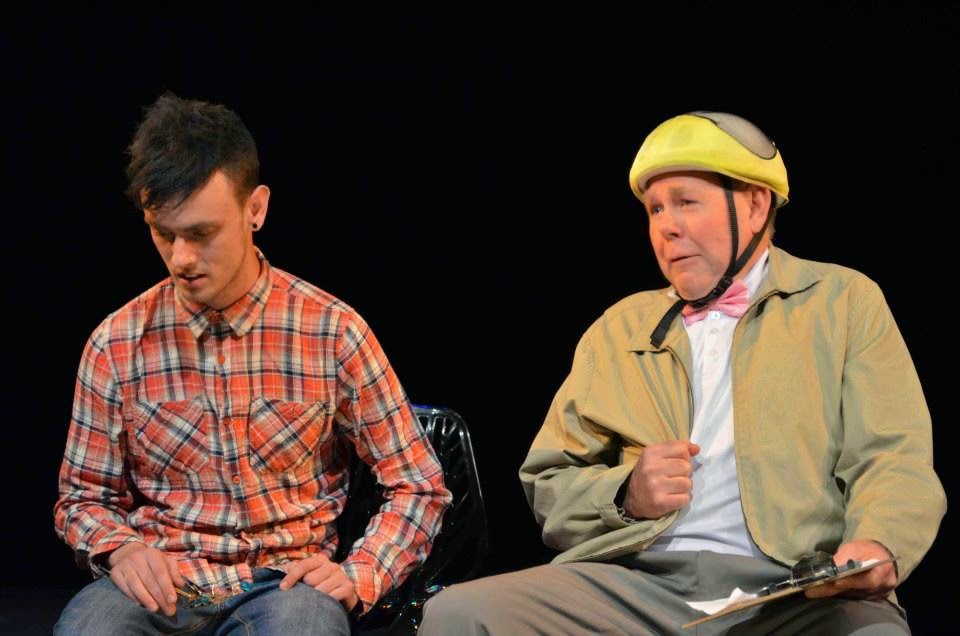 I just learned that You're Driving Me Crazy #1 won the Director's Choice Award at the Short + Sweet Theatre Festival in Canberra, Australia. I want to send a big shout-out to Kate Clark, who directed the piece. Thanks for doing such a wonderful job with it!
Posted by Todd Wallinger at 5:52 PM 0 comments

Why I love theatre - Part 1 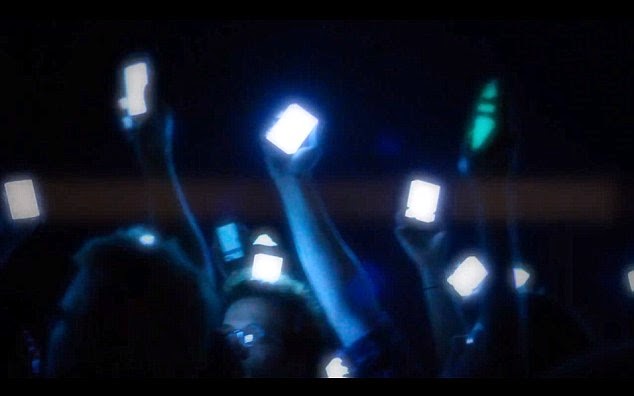 Longtime theatre fans know that seeing a play can often be a magical experience. But there are nights when that magic reaches new levels of meaning.

That happened to me last night. I was seeing TheatreWorks' production As You Like It, one of Shakespeare's brightest comedies. And they did a fine job, making Will's words come alive with playfulness and wit.

In the spirit of Joe Papp's original Shakespeare in the Park, the production was performed on the grounds of the Rock Ledge Ranch--not outdoors, but inside a large tent that had been erected for the occasion.

I've been to several of these productions over the last few years, and the one drawback is that they are always at the mercy of the weather.

Last night's show was no different. The show opened to the accompaniment of a light rain pattering on the canvas, making it hard to hear the Bard's beautiful but often difficult language. Fortunately, the rain soon stopped.

But it was until the final scene that the Magic happened.

The four happy couples had just taken the stage, eager to unite in wedded bliss, when the power went out. The tent was plunged into darkness, and as the audience gasped, the stage manager's voice rang out: "Actors hold!" Three flashlights turned on and the stage was instantly bathed in a dim but workable light.

And then, all around the tent, audience members fished out their phones and flipped them on, adding what light they could. The stage manager called for the actors to proceed and we all dove back into the world of the play.

It was a small moment. But it was a moving one.

And it reminded me again how much of a two-way street theatre is. As creators and performers, we shine what light we can.

But without an audience to join us, we're all just fumbling in the dark.

Email ThisBlogThis!Share to TwitterShare to FacebookShare to Pinterest
Labels: As You Like It, Going to the Theatre, TheatreWorks

Character is not king

In fact, when I start a new play, I can't even write the first line of dialogue until I've defined all of my characters and given each of them a distinctive personality and a compelling goal. And if I've created them distinctively enough and compellingly enough, the story will practically write itself.

Of course, there's nothing unique about this. As long as I can remember, the entire writing community has seemed to agree: Character is king.

Writing instructors teach it. Writing manuals show you how to do it.

Lately though, I've started to realize that character is NOT king.

Don't get me wrong. Having rich, complex characters is essential for any story. But it doesn't go far enough.

Character is not king. Relationships are.

I still start each play by creating my cast of characters. That helps me understand who the story is about and giuves me some idea where the story is headed.

But now, instead of leaping right into the dialgoue, I step back and take one extra step.

It is this difference, I believe, that really makes your characters come alive.

Let me give you an example: My Fair Lady. Maybe not the best example, but one which demonstrates my point and which I expect nearly everyone is familiar with.

If I had written the script (and I wish I had!), I would have broken out the characters like this (note that each character is given a descriptor, one or two dominant personality traits and a goal):

If you look over this list, you may think that this is all that needs to be said about each of the characters. But if you place them in interaction with the other characters, their personalities take on new and fascinating complications.

Take Henry Higgins. He's haughty and mysiogynistic, it's true. But this barely scratches the surface.

With Eliza his haughtiness takes on a patronizing tone and that's because Henry considers her his social and intellectual inferior. He treats her more like a scientific specimen to be experimented with than a real, flesh-and-blood person. Of course, their relationship changes as he finds himself falling in love with her, but his natural superciliousness continues to dominate his interactions with her, preventing him from showing any real affection until the very end when, in a fit of irony, he jokingly commands her to "fetch my slippers".

Henry views Pickering as a social and (near") intellectual equal. So while he remains haughty in this relationship as well, here this haughtiness takes a more competitive tone, playing off the old warrior's natural joviality to take the form of a friendly rivalry, as between two old drinking buddies.

By rights, Henry should treat Alfred with as much disrespect as he does Eliza. After all, they come from the same socioeconomic class. But when Alfred visits Higgins' house, Higgins is drawn to the man's gift for language and his utter lack of morals. Just as with Eliza, Henry is drawn to Alfred as a scientific specimen, but one to be studied and admired rather than controlled. Is this seeming inconsistency due to Henry's basic misogyny: behavior that is unacceptable in a woman is not only acceptable but admirable in a man? Perhaps, perhaps not. But it does add an unexpected depth to a character that we thought we knew.

Finally, there is Freddy. Henry and Freddy do not interact much, but Henry's attitude toward his romantic rival is spelled out in the song, "I've Grown Accustomed to her Face". Yes, Henry and Freddy are members of the same class, but Henry views the younger man as an intellectual lightweight, completely unworthy of Eliza's love. It does not even cross Henry's mind that that Eliza may be attracted to Freddy for his youth and good looks. All he can see is that any future marriage between the two is sure to end up in poverty and despair.

So there you have it. One character. Four very different relationships.

Of course, you could do the same for the rest of the relationships in the story: Eliza and Alfred, Eliza and Freddy, Freddy and Alfred (no those two didn't meet, but wouldn't it have been fun if they had?).

It's a lot of work. But I've found that it really pays off.

Now my story really is writing itself.
Posted by Todd Wallinger at 4:12 PM 1 comments